It’s Your Money, Why Would You Burn It? 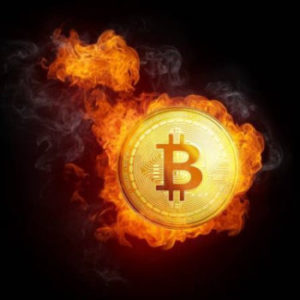 Well, first things first, we’ll point out that this is not a literal thing. Nobody is taking a fistfull of dollars and setting them on fire so that thought is out of the way. Besides, that’s illegal in the US as well as just about every other country.

So today we’re talking about burning cryptocurrency here. This is not only legal, but actually happens more often than one may think. You may have wondered why this happens and why sometimes it needs to happen.

There are actually a multitude of reasons that an ICO, (Initial Coin Offering) may want to do this. They won’t all be touched upon here, we’re just going to discuss the most basic reasons.

Let’s try to hit that up.

Going Back, Just For a Second

Going back to your basic junior-high economics class, you probably remember that kid who managed to ask every year, “Why doesn’t the government just print up a whole bunch of money and give it out to everyone?” Now, we’re not going to talk about this. You know by now that this just makes money essentially worthless. When everyone is loaded, nobody goes to work, everything collapses and crumbles.

We do however have to hit up the fact that any cryptocurrency has a finite value of coins that can be mined. If they were mined forever they would hit a point where there was just too many of them “out there” and like the infinite money example above, the crypto cash would in fact become worthless.

Also, sometimes an ICO will want to burn some crypto to try and make more investors want to invest in said coin. Burning the crypto means less are available which are then, theoretically, worth more and become more valuable.

Now obviously, the term “burning it” is not literal. You cannot burn something on the internet.

Burning some crypto is the act of not only deleting it, but making sure that it stays deleted and there is no way to bring it back.

Another thing to keep in mind is that the “bigger” cryptos, such as bitcoin or Ethereum do not usually do this. It’s the smaller companies that are still making names for themselves and trying to entice more users to come on over an invest. We know that you’re at “BestBitcoinExchange”, but it stands to reason that you may have some interest in the smaller guys as well!

The last burning from one of the bigger ICO’s was in early 2018 when Bitcoin Cash burned up approximately 12% of the coins it was receiving as block rewards for transactions.

*Note – This was Bitcoin Cash (BCH), not to be confused with bitcoin (BTC). bitcoin has been known to do a burn in the past, but there is a chance (not a guarantee!) that they may not ever have to do another one. The way things are looking, who isn’t familiar with bitcoin already and wants some of that action!

But it’s my money! I don’t want to delete it! 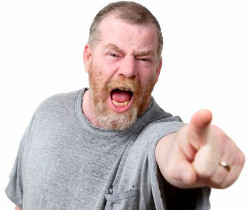 No worries on this front. You will never invest in a crypto just to turn around and have someone tell you that you must or should delete it. Like any physical good, once you buy it, it is yours, nobody gets to tell you what to do with it.

This crypto that’s going to be deleted also does not come from whatever fat-cats created the crypto either.

So where does the ‘Burning Cryptocurrency’ come from then?

Simple answer, transaction fees that would have otherwise been paid. Crypto that exists at the time but is technically not in use by anyone.

This ensures that the crypto being deleted are not held by anyone at the ICO or being sold to an investor and does not in any way affect the value of the coins that are in circulation.

“Transaction Fee” coins are not the only way or the only ones that are being burnt.

An ICO can also be prepared for this inevitability by holding onto some just to burn, or delete when the time comes.

Now you may think that this would make a company look bad or bring on some kind of bad publicity. You’re not wrong. There are enough people “out there” that don’t understand why this needs done, so they’ll just read somewhere, X amount of crypto to be burned by X company and that’s it. Without learning more about this, they’ll lose their minds. (See above, But it’s my money! I don’t want to delete it!)

Will I be told when this is going to happen so that I don’t freak out?

Yup. To avoid this, any ICO worth their salt will flat out tell you when this is going to happen. They do this to mitigate the potential damage and assure their investors as well as potential investors that they, (the ICO) are getting ready to burn some of their unused crypto.

You, as an investor or potential investor should be able to find out relativity easy if you will be told when this is going to happen.

Something else to take into account is the fact that burning the crypto allows new tokens to be made.

Mining the crypto is something that is going to continuously happen. There are people who have their very livelihood depends on doing so, so the coins just keep on coming. The burning or deleting of other coins makes sure that the coins owned by investors don’t drop in value because of this.

So Burning a Crypto Makes it More Valuable?

This is what will hopefully happen to your money after a good burn!

In theory, yes. However, this is also in no way guaranteed. There is no sure way to make a crypto worth more. It is still always going to come down to a basic supply and demand.

An ICO can hold a burn event one day, and the next, people just up and decide they don’t want it anymore, everyone sells off their stock of the crypto and nobody wants to buy more. The crypto is now worthless despite just having a burn the day before.

Now, obviously this is a silly example. That’s probably never going to happen. You’ll more than likely going to see the warning signs before it just tanks for good, just not an absolute guarantee.

How Do We Know a Crypto is Burned, Not Just Taken for Greed or Hidden Away?

That’s a good question. How do we know that a crypto was in fact deleted and not just hidden away by an ICO in an attempt to prematurely drive up the price?

Here comes the part where you find out that the crypto in general was not deleted or destroyed. You have been bamboozled my friend.

Luckily, one of the greatest things about crypto is the transparency in the nature of it.

It’s not as simple as Just finding a coin in the blockchain, highlighting it and pressing delete. There needs to be a way to ensure that nobody can get to it.

So the way this is done is, well, almost even easier. What happens is that the crypto in question is sent off to an (intentionally) bad address that is publicly known and cannot be accessed by anyone. We then get back to the transparency of the crypto itself. From here, anyone can go off on their own and confirm that the sending of the coin did actually happen by using the Transaction ID and basically just checking for themselves.

Once doing that, one can see that the transaction went through, it was sent, it was sent to an address that can be proven to not belong to anyone. Proof to everyone!

Now you know a little more about burning crypto. This article is by no means all-inclusive, the be-all-end-all of burning, but you know the basics of the “how” and “why”.

If you’d like to know more, may I suggest starting off here?
Investopedia.

Other articles to take a look at –

Want to learn more about me? Check out my personal bitcoin setup.